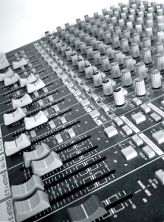 I’m currently recording an EP of 5 tracks with excellent sound engineer and musician Rob Bullock. Bright Spark and Mischief are already up on SoundCloud in a more basic format (listen here).

Although I’ve been playing for many years, I’ve never been quite happy with the quality of the recordings I’ve done. Previous recordings have either been DIY with a digital 8 track (remember zip disks anyone?) or at a friend’s house. These have had varying levels of clarity, some of my favourites being the tapes I recorded aged 16, and the tracks recorded by a Uni friend studying sound engineering. I came out sounding like a chipmunk, sorry if you’re reading this and know who you are! I think he’d just discovered compression, but it was just a tad too much. The early “albums” I recorded had such brilliant names as ‘Through the Web’ and ‘They Call This Life On Planet Earth”. 1997 was a very productive year… 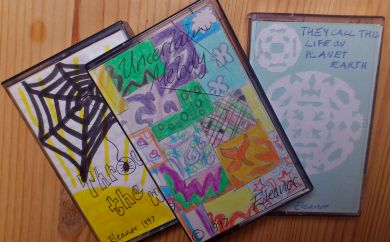 So this will be my first sensible and proper grown-up recording.

It’s the first recording that I can actually enjoy listening to and smile, and not in an amused “oh yeah that’s next doors dog barking” kind of way.

I feel somewhat behind compared to my compadres and peers, I’ve always had a slight envy towards musicians who on writing a few songs immediately decide to record them as a demo and release them in to the wild.

I suppose I’m trying to get past the point where I think the music has to be perfect before releasing it. I mean, I’m gonna try and get it as near as humanly possible with the resources available, but when you’re juggling freelance work, exams, gigs, career development and want to have a social life it’s perhaps not realistic to expect the finished EP to have the joy and precision of Stevie Wonder, the soaring vocal acrobatics of Kate Bush, and to sell 40million copies. I just want to be pleased to play it to someone else and feel that it’s a fair representation of my talents.

So watch out for the release some time in 2016!